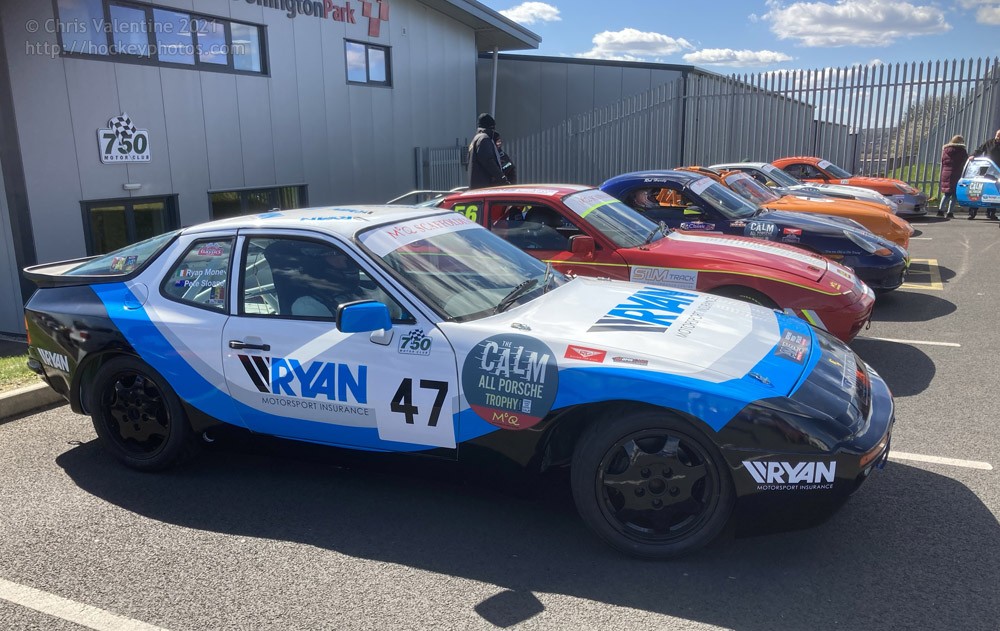 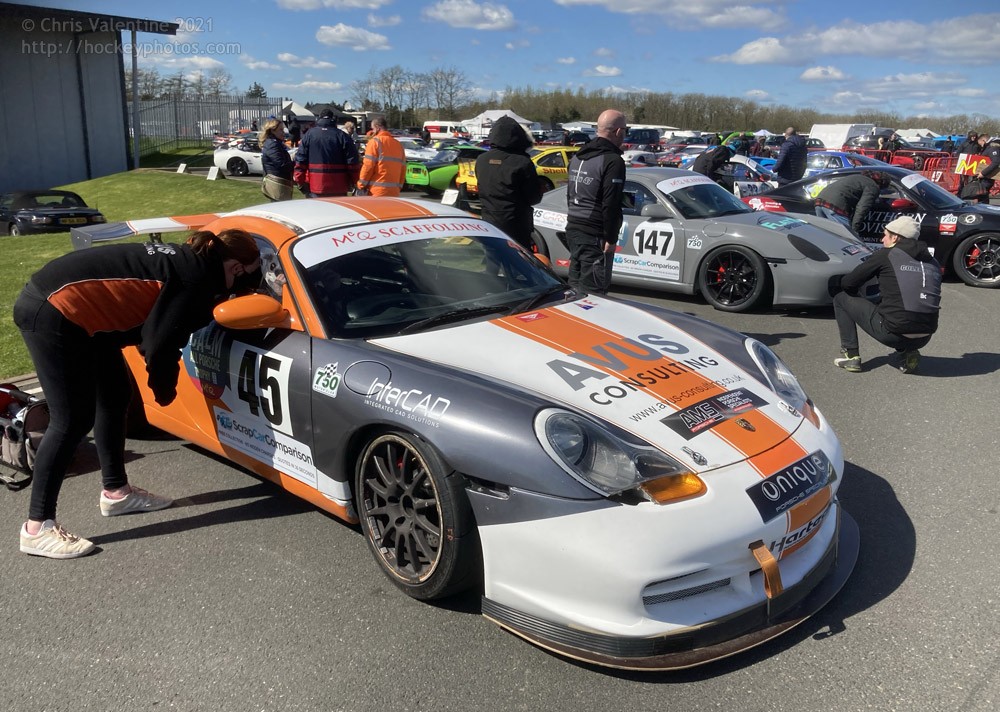 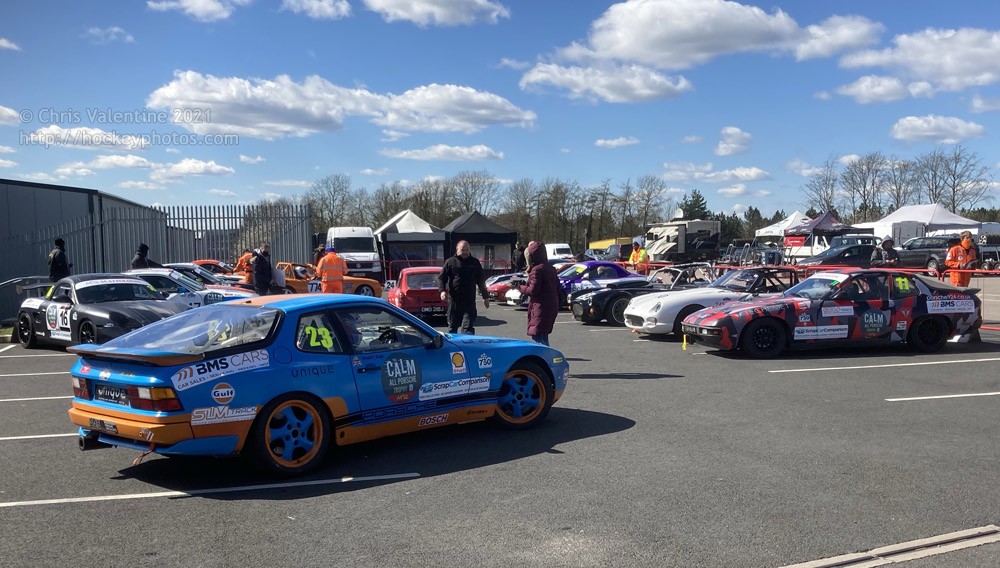 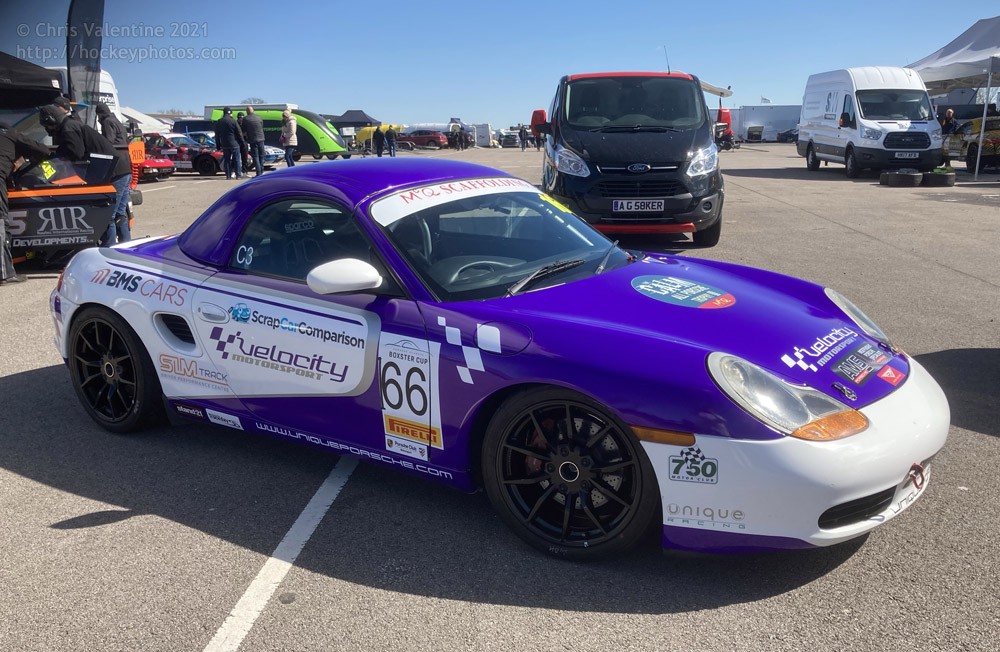 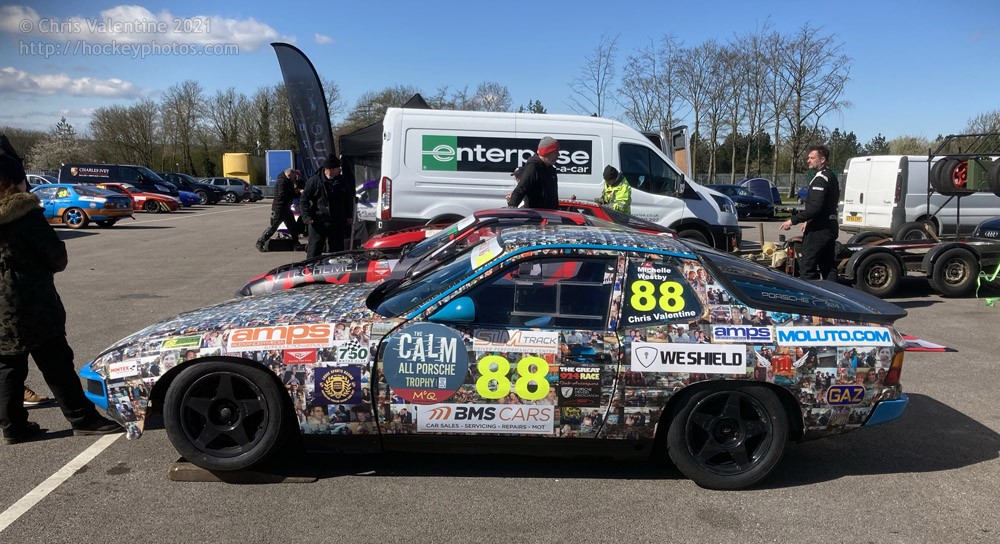 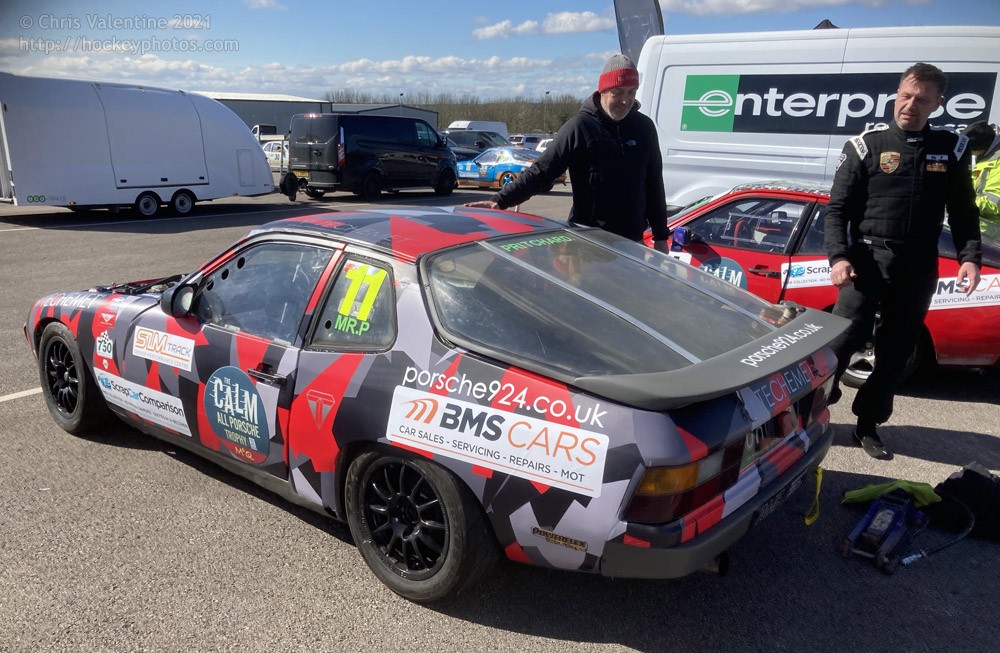 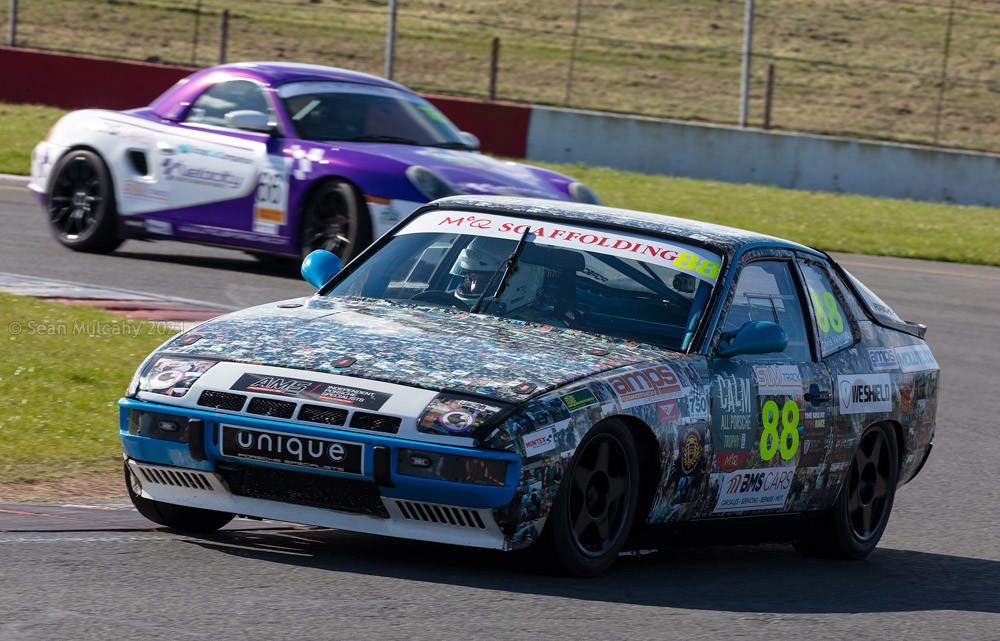 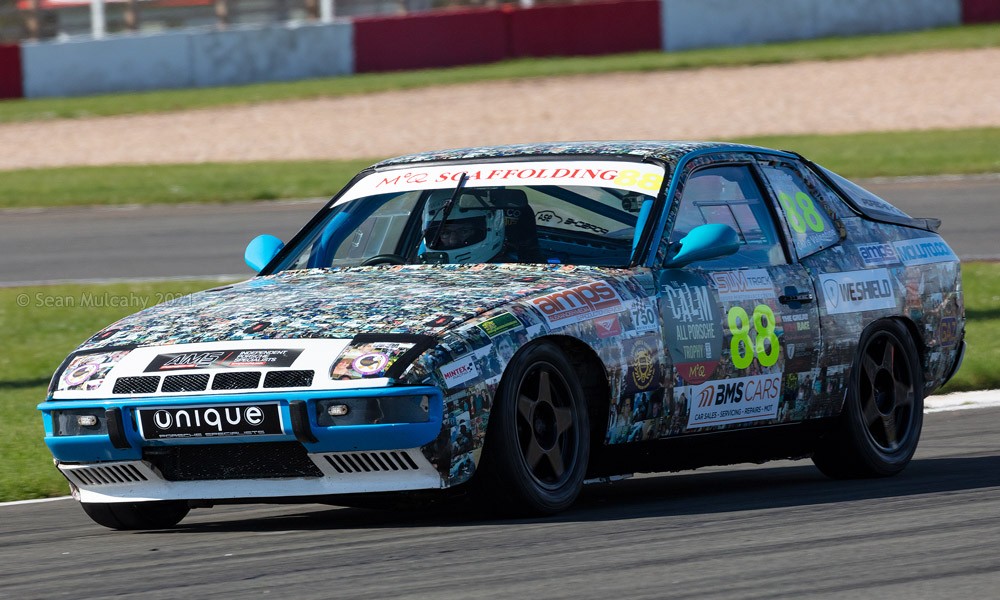 [Show thumbnails]
There were just three entries in SP4 for the Donington GP race, which was originally to be shared with the Dutch Porsche Club. But Brexit and COVID combined meant any hopes of such international collaborations would have to be shelved for the time being. Instead we combined to make a busy grid with Bernie’s V8, whom we had shared on the Brands Hatch GP circuit on two previous occasions. The other 924s were Karl Rossin and Sam Callahan in the ex-Pip Hammond #41 and Andy Pritchard in his newly-wrapped #11.

I’d chosen to run the first race solo as I wasn’t certain how much my fitness had gone down hill since the start of lockdown – which at this point was over a year ago. I was very happy to find that not only could I still get into the car, but could still drive – and still push the car to a reasonable pace!

I opted to join the extra test session first thing as it gave me a chance to bed in the new brakes, scrub in a new set of Toyo R888R tyres and get used to the new steering that Clive had fitted over the off-season. Under strict instructions to not “over-do” it and cook the new brakes – as I had at Donington not so long ago – I circulated for three laps to then pit for Clive to check pressures – then re-joined the circuit to run to the flag.

Qualifying wasn’t much later – my tyres were still warm – and a total of 37 cars took to the circuit in sunshine and snow (yes, really) to complete at least three laps per driver (only four of the Porsches were entered as shared drives). I’d completed 6 laps when the car started making a loud noise which I hoped was only the exhaust or silencer coming loose but once back to the pits, mechanic Clive could see that the actual cast manifold had snapped completely in half.

I think Clive was as gutted as I was but we both agreed that replacing the broken manifold would be such a long job – even if we had a replacement on site – which we didn’t – there wasn’t any point in even starting work on it and we put the car back on the trailer ready for its return to his Manchester workshop.

Clive and I watched the race from the side of the Melbourne Loop, paying particular attention to the remaining 924s. Karl started in their car and slowly developed a lead to pull away from Andy. Karl pitted first to let Sam take over but Andy stayed out to literally the last lap he could before the pit window closed.

Towards the end of the race, a piston in Sam’s car made a sudden bid for freedom, ending his and Karl’s race, while Andy P was lucky to finish too having lost both 2nd and 4th gears during the race.

I am not able to make the next round of the series – on the Brands GP circuit in May – but hope to return alongside co-driver Michelle at Snetterton in July.