Its the morning of the 24 Hours of Silverstone! This event is something I’ve been working towards through four seasons of racing and its hard to believe its finally happening!

I signed on Thursday evening: as this was an international event run by a non-UK organiser, all free practice, qualifying and the race itself would be run to FIA regulations and this would be the first full use of my International ‘C’ race license that I’d been carefully gathering signatures for. All of my racewear, including underwear, helmet and HANS device had to be checked for FIA approval marks – I’d bought a full set of  Walero underwear at the Autosport Show in January and this race was going to be a good test for its unique temperature-regulating properties.

We had a drivers’ briefing early Friday and the organisers, Creventic, played an April fool joke on us, getting all the drivers to arrive in full race gear so they could “weigh us”. It was just a ruse to get us there in race suits so they could take a group photo to celebrate the launch of this new short Touring Car Endurance Championship – which I think was a really nice touch. 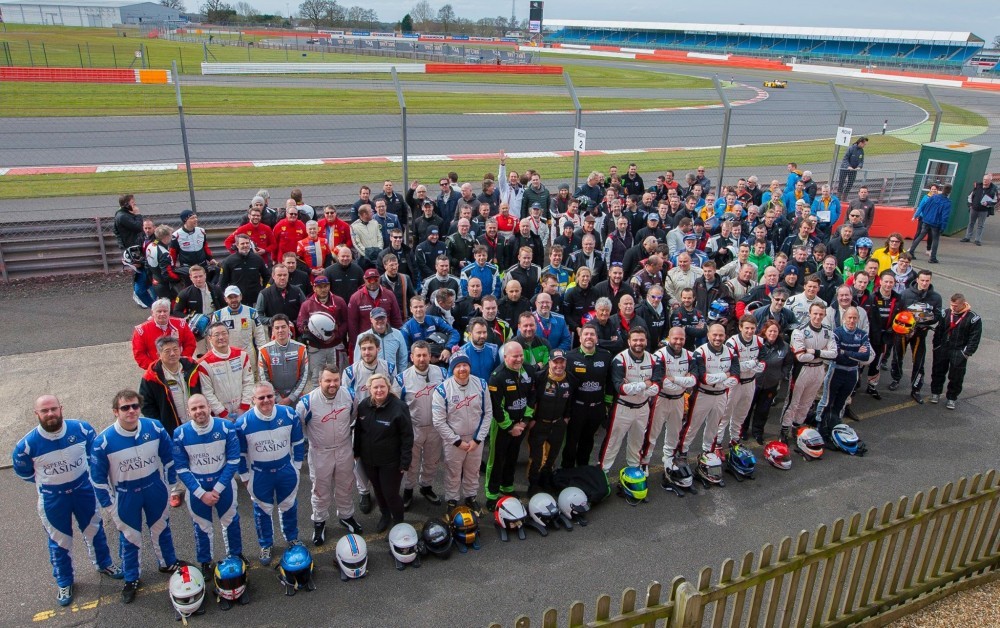 Qualifying was completed yesterday – all drivers in both cars were required to complete at least two timed laps in both day and night qualifying. I was interviewed by Radio LeMans/Motors TV after my days qualifying stint and a couple of frriends managed to get a screen grab. 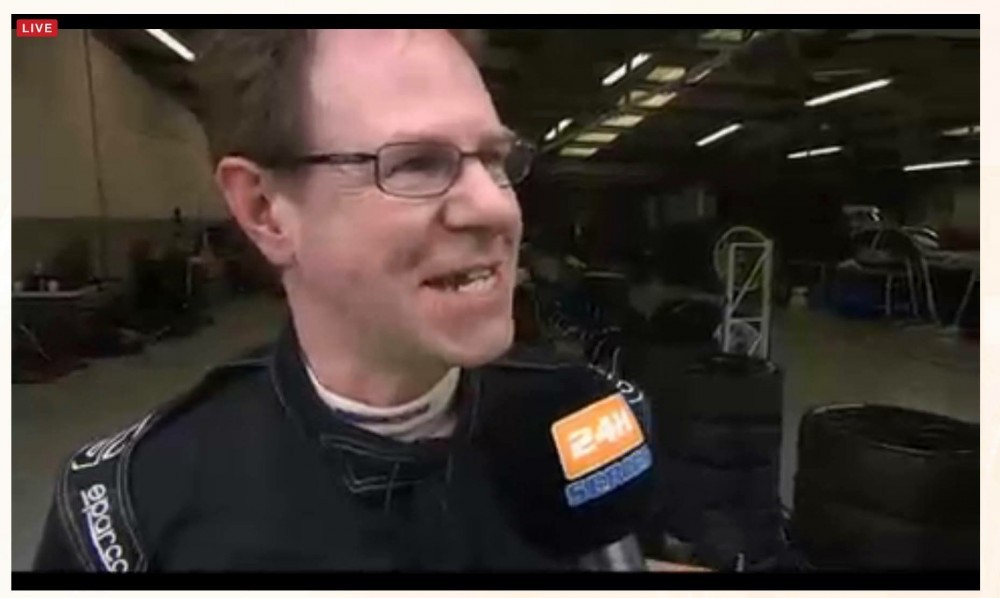 Day qualifying went without problems but I had never raced at night before so we put the two night-experienced drivers in first, with the aim of giving me and the other night novice longer sessions in the dark. Unfortunately both cars started to show ECU problems and I only managed about four slow night laps – but at least I’ve seen what its like to drive the car as fast as you can in complete darkness. Its quite a challenge! It appeared that although we were slowest during the day qualifying, from our night sessions we were 8th and 9th out of 11 entries in our class – giving us a bit of hope that we might not finish last. We also discovered that some cars were falling foul of a “too quick” penalty where any cars exceeding a certain time depending on their class receive a 30-second penalty. From the times all of our drivers have posted, we knew this wouldn’t affect us, but it could lead to penalties for faster cars in our class – again an opportunity for us to improve our finish position. 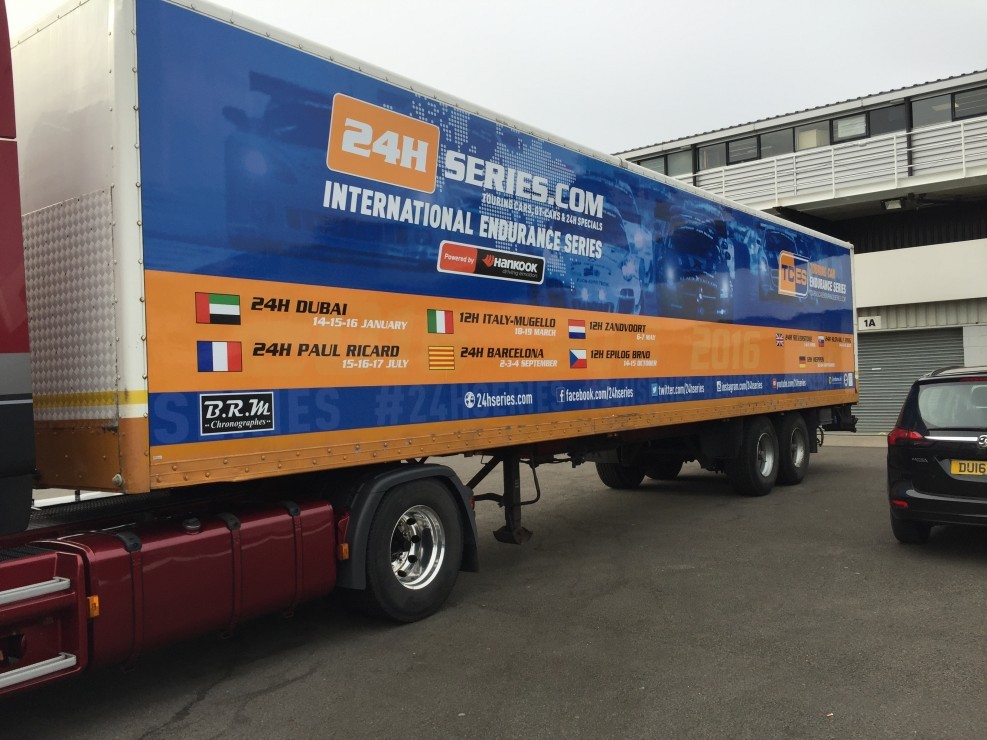 So we drivers left the teams for our various beds for the night. Although I rented a share of a large motorhome for the Saturday night, I went home as its only 30 minutes and had a lie-in and a relaxed breakfast as nothing really happens for us until the afternoon of race day. 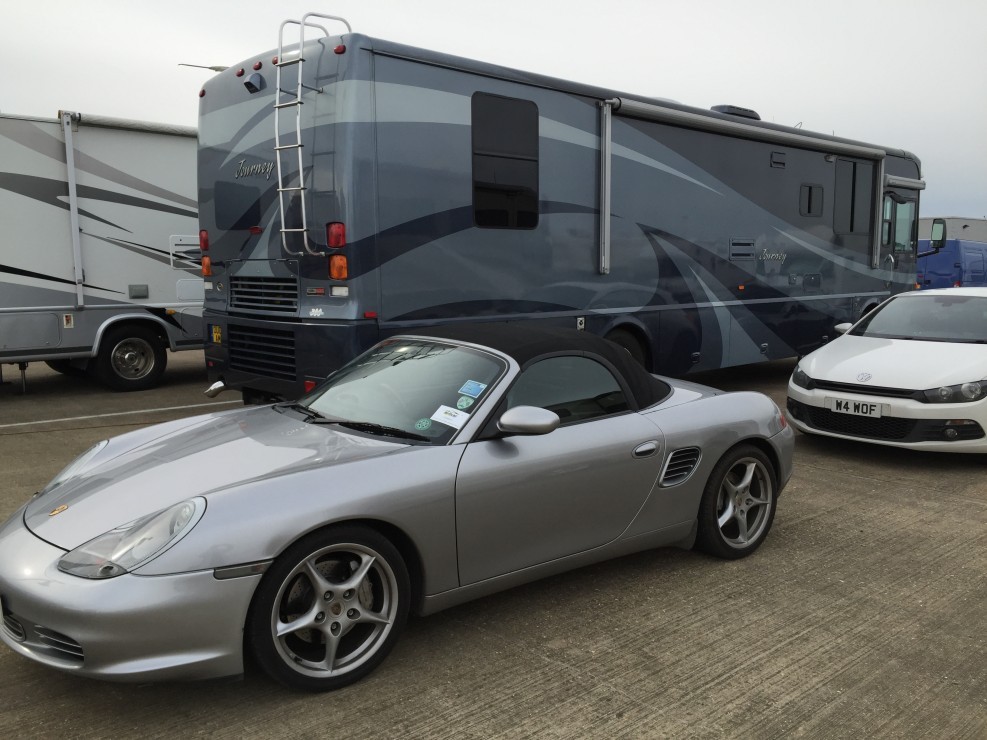 My next report will be posted after the race…